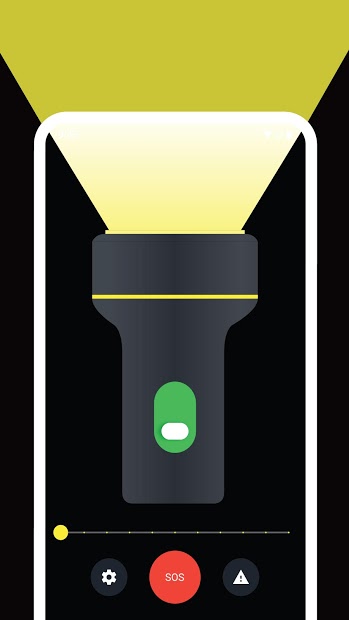 I still have a passion for useful apps

All mobile app developers believe at least once in their life they have made, or at least thought about developing a flashlight app. And am I outdone?

I want to make a flashlight app that is faster, more beautiful and more functional than the competition. For my speed it helps flutter, in less than half a second it opens, for the beauty I have to work a little on the graphic aspect.

Most of my competitors have applications where you press a button and the flashlight turns on, something I’ve seen a thousand times, I want to innovate.

Every so often when I use the flashlight I happen to look at the back of the smartphone to see if it is still on, does it happen to you too? So I made an app that illustrates a flashlight that turns on and off on the display, when this is on, your flashlight will be too, and vice versa. You will never hurt your wrist again to see if your mobile phone flashlight is on or off ;).