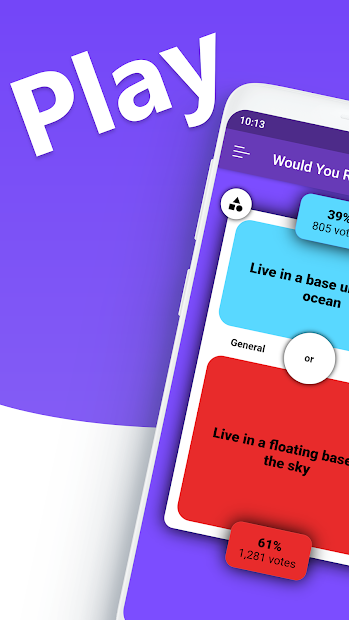 It has now been 5 months since I launched would you rather app, until now the app that has received the most downloads and use by users, things are turning in the right direction.

More users means more positive ratings but also more constructive comments that help me increase the efficiency of my app. Among these, many ask me to create a version specially designed for the little ones. I already have the base, I just need to make some small changes such as graphic resources, colors, references and above all invent other new questions with which to fill the database. It doesn’t seem too complicated a job.

The biggest job was filling the database with new questions, finding ones suitable for a children’s audience and entering the database one by one. After 3 days I decided to implement an algorithm to auto insert from notepad, so in much less time I finished and published the app would you rather for kids.