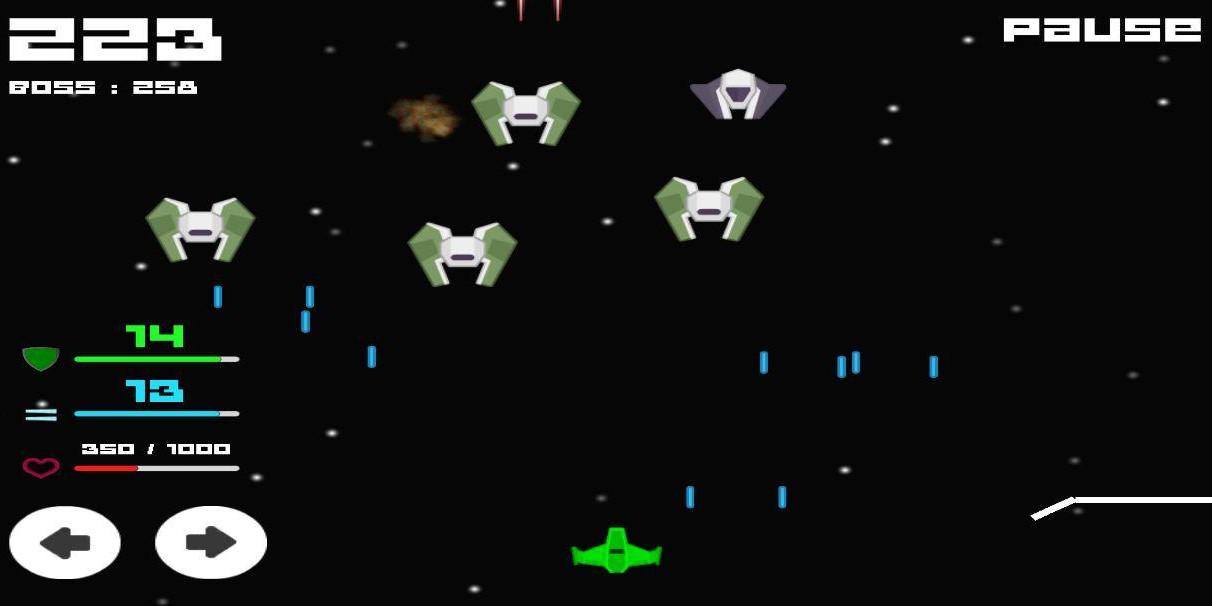 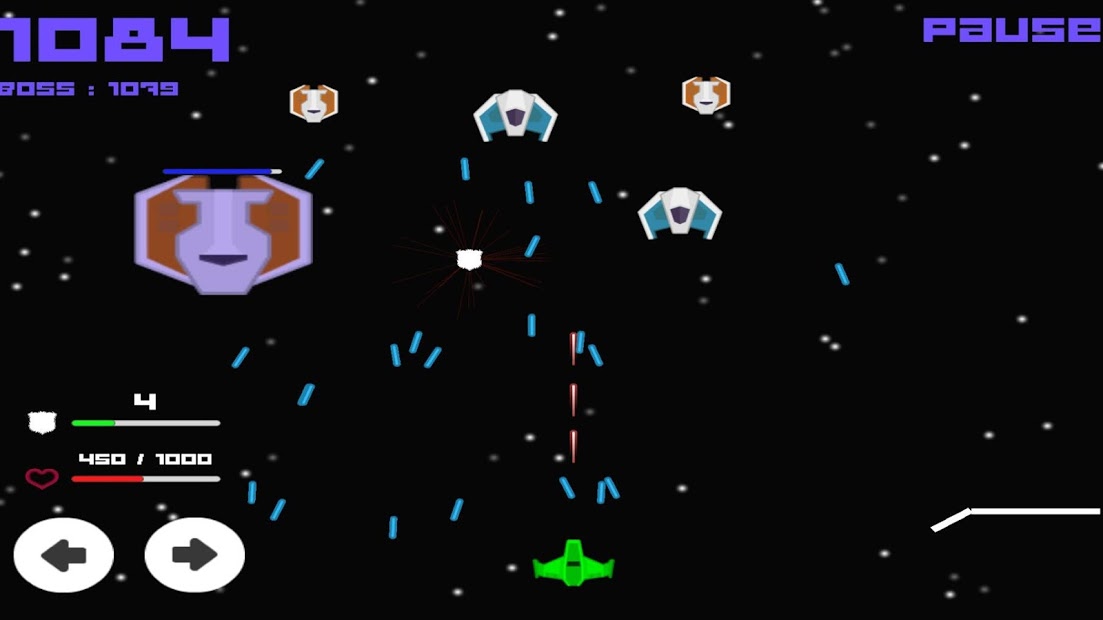 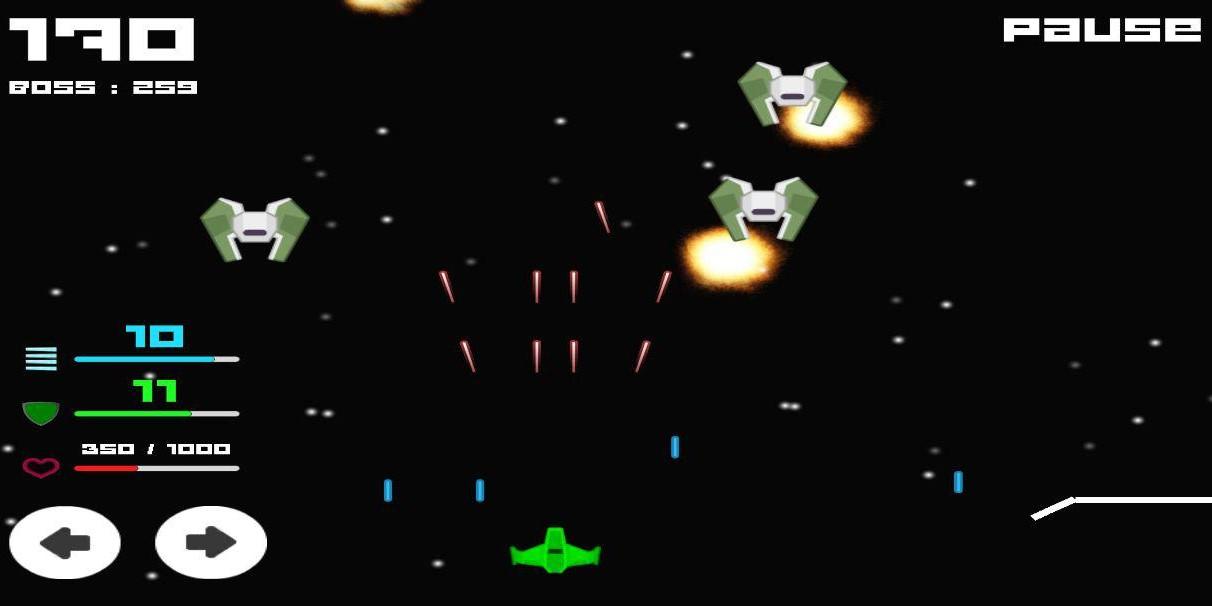 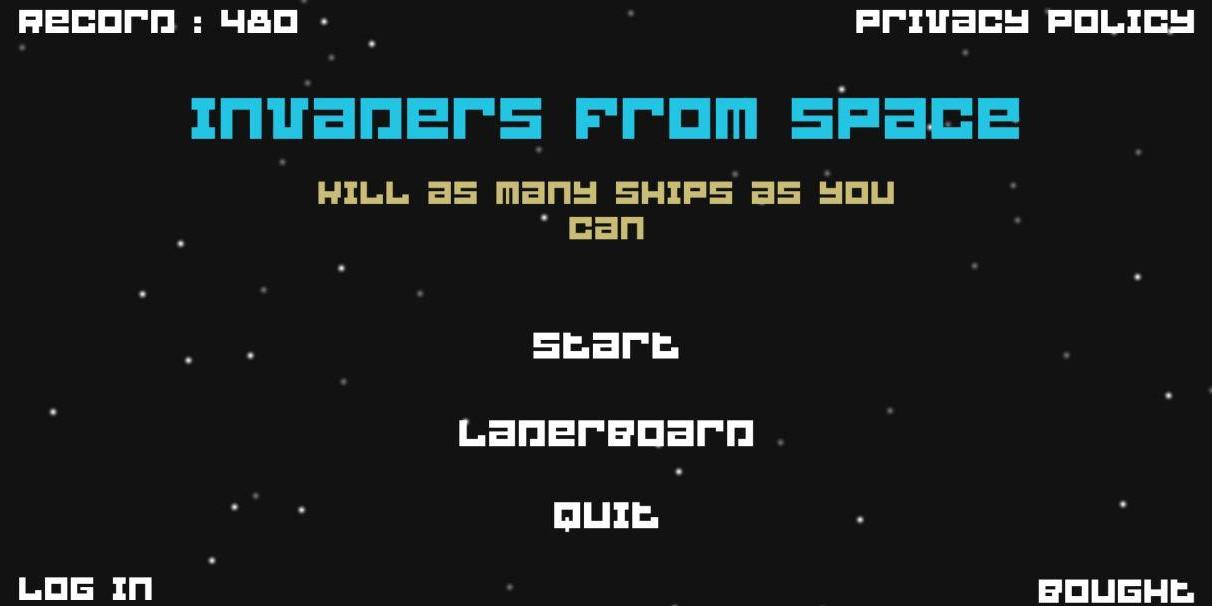 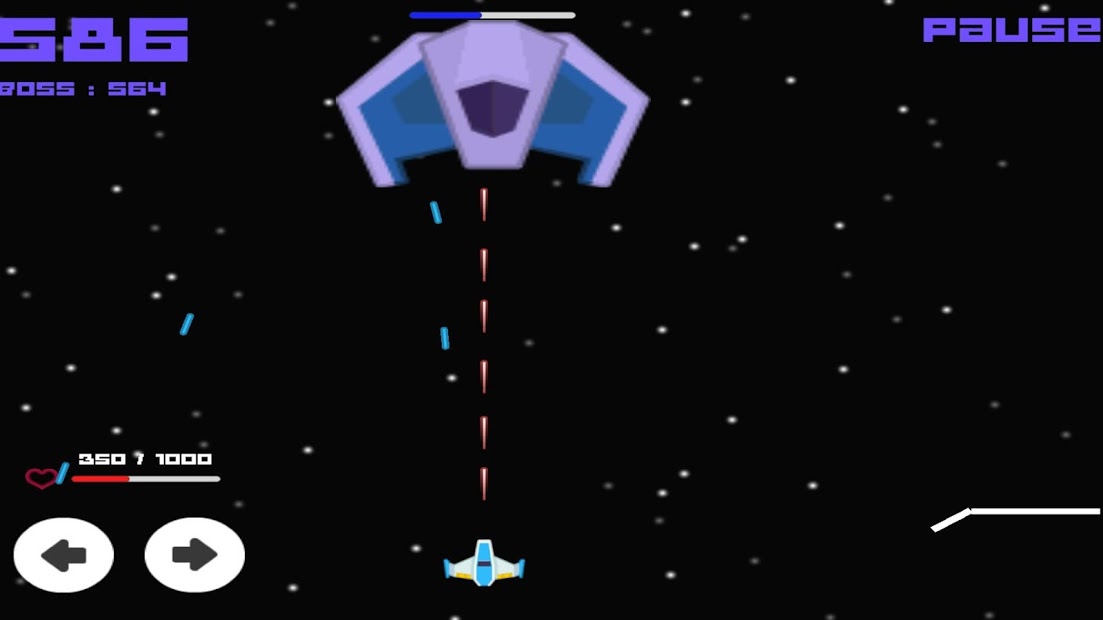 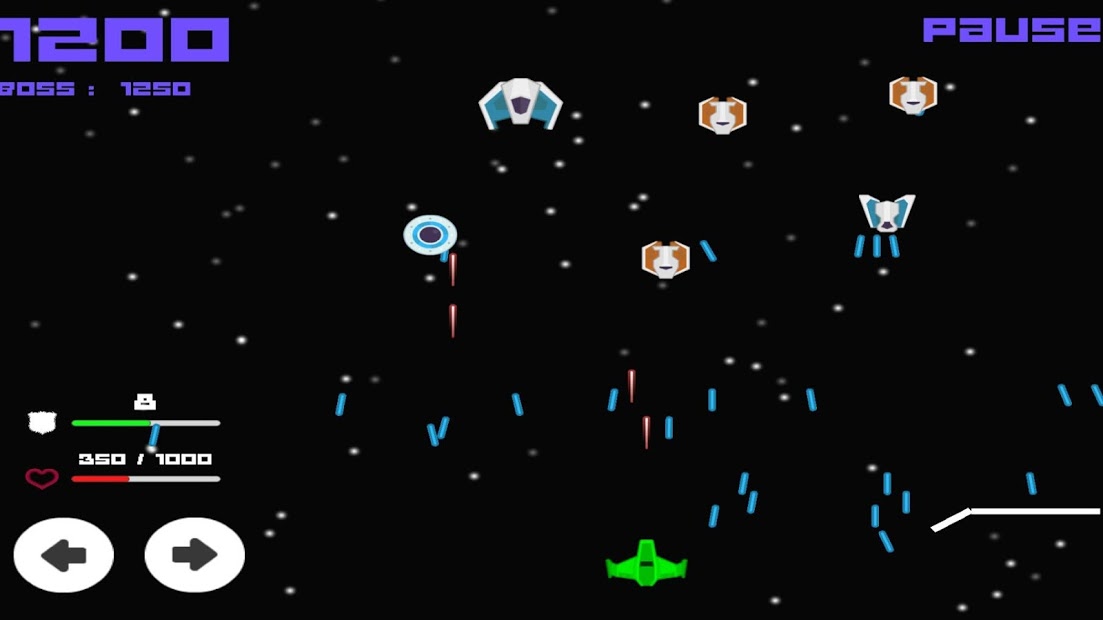 In this space invaders game, defend space with your airplane from galaxy attack

Defend space by destroying as many space invaders (normal enemy and Bosses enemy), as you can.

In this arcade space invaders game, you are a airplane that sails in the infinite galaxy that seeks to defend the space by destroying the alien that appear to you in front. If you can attack and destroy the weaker space aliens, they will call for reinforcements, and you will have to face an ever-growing horde of space invaders.

Sometimes galaxy alien will call the strongest enemies in their rescue: the Alien Bosses.

The more galaxy aliens you defeat the higher your score will be. Shoot them all. A higher score means more chance to get to the finish line: get ranked first! In this you will be helped by the special powers that will leave enemies when they die and that will boost your spaceship.

Each of them shoots trying to destroy you differently.

This is a Space Invaders game, in classic arcade games style.